The United Nations recently completed the first-ever global assessment the Earth’s land resources.  The assessment cited that a quarter of all land is highly degraded and warning the trend must be reversed – not stopped but reversed –  if the world’s growing population is to be fed.  (This article was published throughout the media, including here.)

American Public Media’s MarketPlace hosted by Kai Ryssdal is also running a series on this issue titled “Food for 9 Billion“. 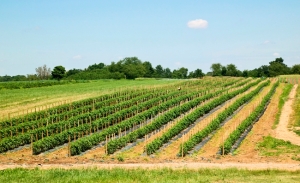 Most of the World's Arable Land is Already Planted

The U.N. Food and Agriculture Organization (FAO) estimates that farmers will have  to produce an astonishing 70 percent more food by 2050 to meet the needs of the world’s expected 9 billion-strong population…that’s 1 billion tons more wheat, rice and other cereals and 200 million more tons of beef and other livestock.

The problem is that most arable land is already being farmed in ways that lead to erosion and the wasting of water – another increasingly limited resource. According to the FAO, that means that to meet the world’s future food needs, a major “sustainable intensification” of agricultural productivity on existing farmland will be necessary.

In addition to focusing on “sustainable intensification”, we can also invest in methods to increase the post-harvest yield of agricultural crops.  $35 billion in produce is lost annually in North America and Europe alone and half of that is due to poor temperature management. By improving the monitoring and management of the temperature of produce from the field to the retailer, we can bring more fresh, quality food to the table and do so without planting a single additional crop.  You can learn more about how this works by watching this on-demand webinar.  What’s more, the savings (and additional profits that result) essentially pay for the solution.  It’s a win for the producers, consumers and mother earth.