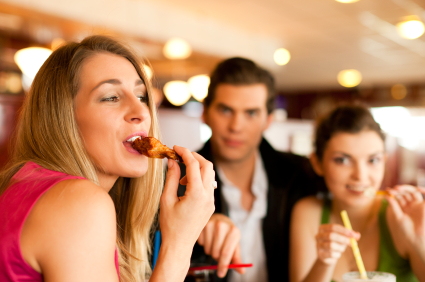 Before you eat that…

Yum! Brands, owners of KFC, Taco Bell and Pizza Hut is suffering a significant brand hit due to issues associated with chicken suppliers in China who delivered product to local KFC restaurants that was apparently tainted with too much antibiotics. According to Yum! Brands, it has terminated its relationship with the supplier (Liuhe Group) and will work with others to phase out smaller suppliers and put a more stringent emphasis on food safety. The damage, however, was done…to the bottom line.

We’ve talked frequently with prospective customers, journalists and analysts about the potential costs of a food safety/recall issue on a major global brand.  This story that appeared on the Bloomberg website on February 25 documents some of those costs:

It’s hard to say what the long term impact will be for KFC in China and the Yum! Brands family of companies worldwide but the point is clear: Sure, this happened in China but the news is now global. Would you think twice about going into a KFC in California or New York? I admit, I would wonder. If you’re a global, national or even regional brand, you simply must think about this because it could happen to you.

This is yet another example of the critical importance of being able to monitor and manage the cold supply chain. In this case, the product was apparently adulterated with antibiotics. What if it had been salmonella? Listeria?  There are simply too many suppliers, too many linkages from production to retail to rely on antiquated monitoring systems and an incomplete view of your supply chain. You need the data to protect yourself, your reputation and your customers.  Electronic data records captured by tracking the product from the supplier through every leg of the supply chain provides not only information about the supplier but also about proper handling that helps ensure food safety.

It will be interested to see what the long term impacts are…not only on Yum but for the other major global brands who, hopefully, look at this news and take measures to ensure that the next story isn’t about them.

PS: On February 27, World Poultry announced that KFC has cut more than 1,000 farms from its supplier network in China in a measure to ensure food safety following the recent tainted chicken scandal.